The fact that stainless steels have only been available for approximately one hundred years is shockingly small compared to the time man has existed on earth. Yet we are now quite dependent on it and, in many cases, owe our very survival to it.

Despite the short time in existence, stainless steels have played a large part in mankind since their introduction prior to the First World War. It can be argued that stainless steel had a significant influence on the outcome of the war itself because of its use in the production of artificial gunpowder.

New processes emerged during the 1960’s that lowered the cost of stainless steel and made it available for a variety of every day uses. The high carbon content could be reduced at a much lower cost. As a result, high quality stainless steels became accessible to a large majority of people, causing an explosive increase in stainless steel production from the early 1970’s up to the present.

Stainless steels are now common in our everyday lives. It can be found in our homes, cars, laboratories, schools, and medical facilities to name just a few. From nuts & bolts to appliances, from counter tops to syringes, life has exponentially improved and been made safer thanks to stainless steels. But is it necessarily a true statement to say stainless steel is vital to human survival?

A matter of survival

A major concern today is how to produce sufficient food for our growing world population of over 7.3 billion people. Moreover, global warming is already having a harmful effect on our climate and health and is a major threat to our civilization. How do we approach these problems? It so happens that stainless steels play a crucial role in our efforts to tackle these problems. Electric cars go a long way towards reducing pollution, and interestingly, stainless steels play a very important role in fuel cells in the form of thin steel sheets separating each cell in the stack.

Modern agriculture is dependent upon urea which is a highly corrosive fertilizer. Large amounts of stainless steel play a large part in the farming process. Urea increases the yield by a factor of 3-4 implies that the global food production without urea would be insufficient to sustain the present world population.

Medical equipment such as syringes, hip and other joint transplants, and medical screws, plates etc. play a vital role in saving and prolonging life. Laboratories used for the development of life-saving drugs use stainless steel in the processes of research and development of treatment and cures of a wide range of diseases.

It’s safe to say that we, as a world, depend on stainless steel for many important reasons and that it is an important component in the survival of humankind. 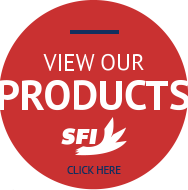 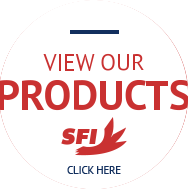